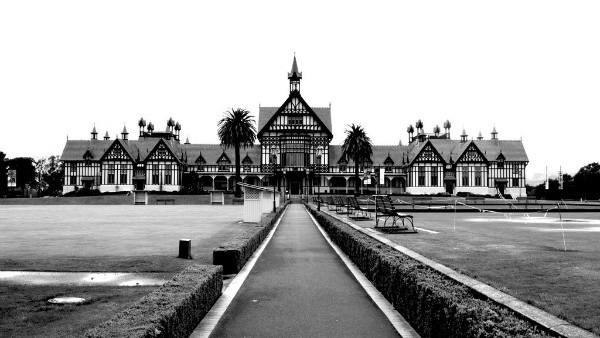 Rotorua has always had a long interesting and colourful history. It began with the discovery of Rotoura by Chief Ihenga in 1350AD. After spending some time hunting in the region, he came across a second lake and named it Rotorua, which literally translates to “Second Lake”.  The Maori tribes in the area used the thermal waters for medicinal purposes, especially skin complaints and rheumatic diseases, as well as for cooking food and to soften flax.

European settlers arrived in Rotorua around 1830,  and by the 1888’s the Governement  had become sole owner of the land. By 1894 they had built a railway which spurred great growth in the region. In early 1990’s the Government and locals developed Rotorua into a tourist destination for those visiting the “hot lakes”.  During 1908, a European-style bath house was built, surrounded by ornate gardens, paving the way for the Rotorua we know and love now. A second bath house was open (The Blue Baths) in 1933 and became famous all  over the world.

This area would later become the heart of Rotorua, with it’s style and charm being copied through out the city. The original bath house is now home to Rotorua Museum, but still keeps it’s original style. The ornate gardens are also still well maintained and a beautiful place to visit at any time of the year. The Blue Baths have been restored to their former glory and is the best place for a conference, or to catch a fantastic live show. And the taonga (treasure) of Rotorua, the hot pools are now operated and maintained by Polynesian Spa, who carry on the traditions of the local iwi using the thermal waters and mud to heal, relax, and warm people.

Read more about Rotoura’s History, including the Tarawera Eruption and the Pink and White Terraces, follow the links.

Recent Posts
Categories
Leave a Review
Click here to submit a Google review about our Rotorua Motel!
Book Direct & Save!